This is a weekly recap of what has been going on in my professional life. It’s to keep track of what I’m up to and to give you a peek at what it’s like being an independent creator. For illustrated depictions of these events, visit my daily comics page.

It’s been a busy week!

Hubbub was finishing up the first beta for Home Rule on monday and tuesday, and at the same time I was drawing hard for the Suitkees project, as that soft deadline turned into a hard deadline for the end of the week. And in the meantime I had to finish up my #wizardjam entry. Luckily I had been smart and done most of the work on that over the weekend, so all I had to do was make some promo art and write a description for the itch.io page. I did that on wednesday morning and launched the game before heading to the war museum in Oosterbeek with the Hubbub guys to playtest Home Rule. 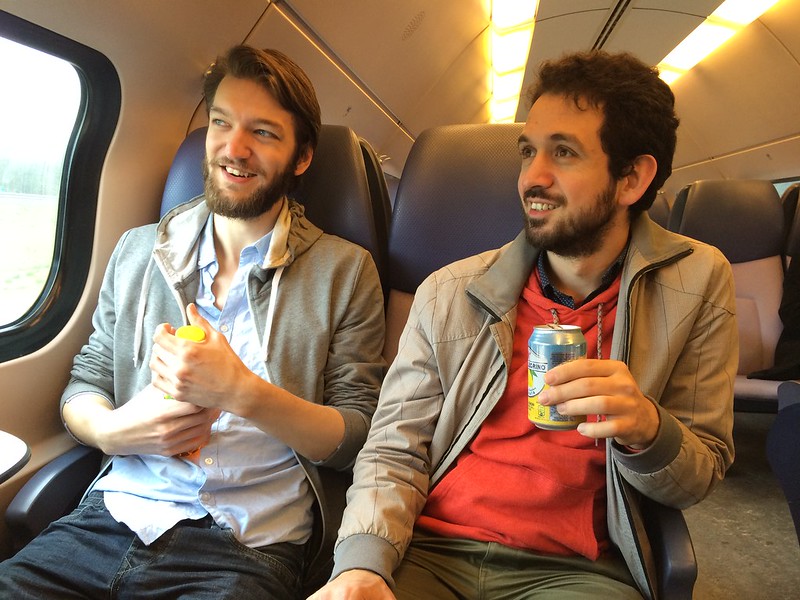 It’s been a while since I did an actual in-person live playtest on location. The target audience is kids 8-12, and they are always fun to work with. And to our surprise they really picked up on what we were trying to do and had fun playing the game. It was nice seeing them contemplate aloud the moral dilemmas people in a warzone have to face. We came away with a bunch of good feedback and happily dug into some pizza at the end of a succesful day.

On thursday I finished up the Suitkees drawings, sent them out and then went to the housewarming for the Dutch Game Garden in their new home next to Central Station. I ran into some old friends and made a few new ones, and generally felt glad to be part of this industry. It was nice to be among peers again and I considered one day getting an office there when business gets good enough.

Once that was all behind me it was time to unwind. I spent most of Friday making my portfolio website responsive and mobile-friendly, and I got pretty far with it. And over the weekend I fired up Shadow of Mordor with the intent of finally finishing it. When you’re purely interacting with its mechanics and ignoring the story, that game is so good.

Next week: A late start after Kingsday and planning new ventures.