This is a weekly recap of the goings-on in my professional life – to keep track of what I’m doing and to give you a peek at what it’s like being an independant creative.

We announced Bounden this week! After working on it for a month or two Game Oven was ready to push some press releases out the door, which means I get to talk about this cool project finally on the record. It was fun being in the office for it, everyone was energetic and in high spirits, watching the retweets and articles pour in. I’m planning on writing a blog post talking about the process of defining this visual style, but for now you can look at these pretty pictures – color tryouts for one of the many theme ideas. 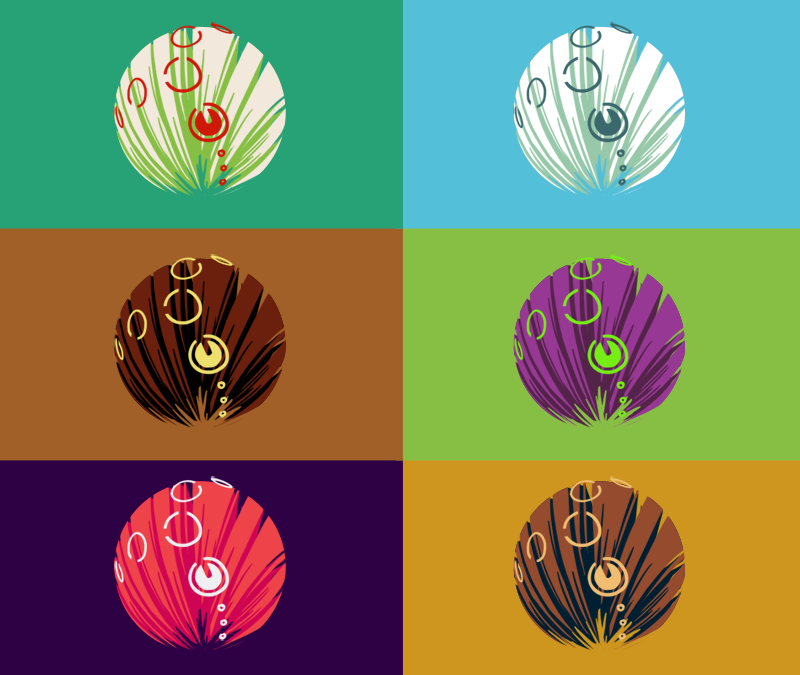 If you want to know more right now you can watch our heads talking about the game in the monthly development videos we’re putting out, the first of which can be viewed here.

On wednesday I met up with Niels ‘t Hooft for lunch. Niels recently put out his first interactive book app for Toiletten, his first novel, and we discussed future plans for this format and the stories he wants to write for them. It’s a very different area than what I usually concern myself with making, but it’s very interesting to point my brain at it and come up with some cool ideas.

I’ve also been writing lately as I miss working on narratives now that I mostly do straight illustration, thanks to Writemonkey, a very lean and sexy writing app. I considered opening a seperate blog for those short stories but I might actually bundle them up eventually as an ebook. If you’d be interested in seeing some of them here on the blog from time to time let me know in the comments.

That evening I met someone who shook up my world a bit. Everything after that is a little foggy but let’s see… on thursday I worked from home on Bounden, finishing up the last few mockups for all the worlds we want to have in the game. We explored so many directions that there is almost nothing left but thanks to a crack art team we keep improving and honing the vision of the final product. I think I finished an Off-stage page somewhere inbetween there aswell.

That night I saw The Hobbit 2 for the second time, the HFR version this time. It’s still a great movie but I’m not sold on this 60 fps business. It looks like someone sped up the footage accidentally. Weird.

Friday I don’t remember.
Saturday was spent with good company exploring the city of Utrecht. I returned early morning the next day and slept most of sunday.