This is a weekly recap of the goings-on in my professional life – to keep track of what I’m doing and to give you a peek at what it’s like being an independent creative.

It’s strange how much you can disappear into a hole when you’re deep in gamedev. I’ve been working on it all week, but it doesn’t feel like work. I’m having fun.

Even butting up against a problem that grinds things to a halt was fun because such a situation promises a mental exercise, pushing my problem-solving skills to the max. Each problem is a puzzle, and in an almost detective-like way, again, you have to put the pieces together.

So that was thursday, when I spent about an hour lying on the carpet here trying to unite the design that I had with the tools that I had. The days before that I worked a lot on setting up the basic infrastructure of the gameplay mechanics. Talking to people is an important aspect of this game, and so that system needs a lot of thought and effort. It’s not all the way there yet but it’s taking shape.

The final thing I did this week was work on some idle animations. It’s cool how a few blinks and a head-turn already do a lot to make a character seem alive. I’m looking a lot at Puzzle Agent, or Grickle’s style in general. I’m pretty good at animation but at some point it just becomes such a timesink that I’d rather do things as efficiently as possible. And this is not a case where I have time for tweaking the bounce in a walkcycle – in three weeks I need to have a solid demo to submit for an event. Let’s see if I can make it!

I realize this post does little to clarify what the actual game is, and I’m keeping it that way for a little while, so in the meantime have a moodboard. 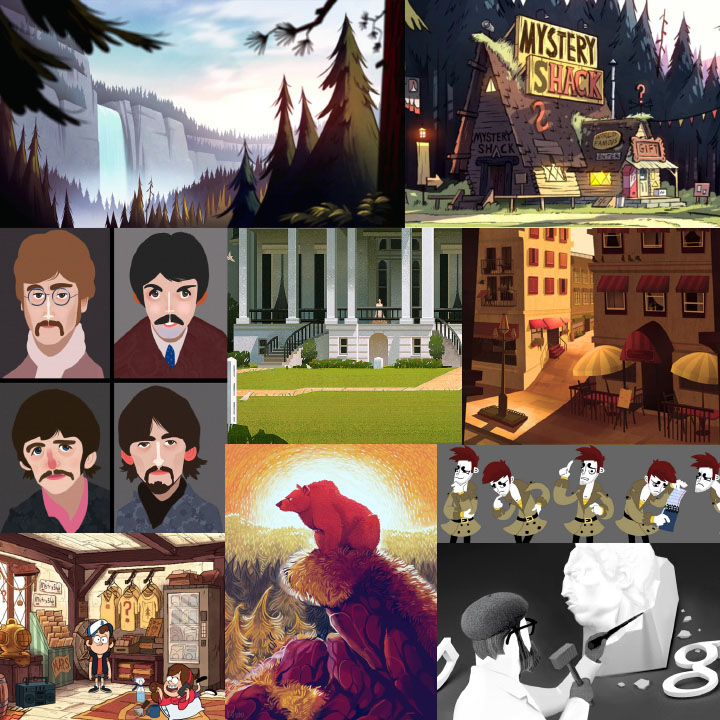