This is a weekly recap of what has been going on in my professional life. It’s to keep track of what I’m up to and to give you a peek at what it’s like being an independent creator.

Last week was the week of advertising. I have Project Wonderful set up on the Off-Stage site, and now it was time to use the system in the opposite direction and advertise out. I chose two or three similar webcomics and put up a skyscraper ad running for a few days, and I got some decent traffic out of it. After a quiet period it was nice to see that spike in Google Analytics. Let’s see if some of that traffic sticks.

And on tuesday I posted a new comic page as usual. I also got word that an assignment I was counting on fell through, which put me in a bit of a tough spot. So I decided to send some emails out for some part-time work on the side. And for the heck of it I decided to send Off-Stage to Paradiso aswell.

The next day I got an email from Paradiso’s publicist that he liked the comic, and wondered if I could do a last-minute logo for the Paradiso Christmas gifts, and possibly more work in the future. And so I spent the afternoon designing a simple Paradiso logo. 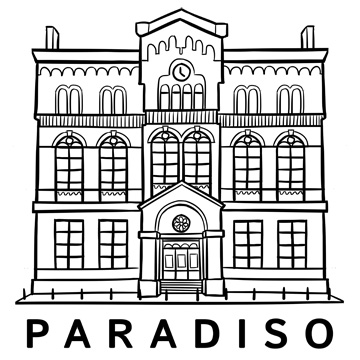 I drew some more drawings that week, and spent a fair chunk of friday evening marvelling over the new Star Wars trailer. To have a new Star Wars in my lifetime, what a joy. And it looks great.