This is a weekly recap of the goings-on in my professional life – to keep track of what I’m doing and to give you a peek at what it’s like being an independant creative.

It’s been a busy week! I’ve been creating webgame assets for a company here in Amsterdam, which is progressing nicely. It’s a good exercise in setting a strict time budget for each thing to make, and the fast turnaround on all these chunks means you get a lot of those ‘completed something’ highs.

Unfortunately my busywork also cut into my time for drawing Off-stage, so I had to put up a sketch version of last week’s page. I’d rather get something up and have it be less polished than miss a post date completely. That’s the whole point of publishing on a schedule. I had hoped to finish inking it later in the week but no such luck yet.

On wednesday I worked out of Adriaan’s kitchen again, and we made great progress on the unannounced game. Feels like we’re zeroing in on a coherent style which is a great feeling after all this experimentation. In the evening we went to our usual weekly theatre cafe hangout, and the rest of the week I also continued working on aforementioned game at the Game Oven office.

Over the weekend we also gathered at Game Oven with current and past employees to do a self-regulated gamejam for Sinterklaas, a dutch holiday. We decided to try and make an HTML5 topdown procedurally-generated local multiplayer action game about the pepernoten prohibition of 2015, and the taskforce erected to enforce it. We got quite far for an engine we had never used before, and learned a lot in the process. 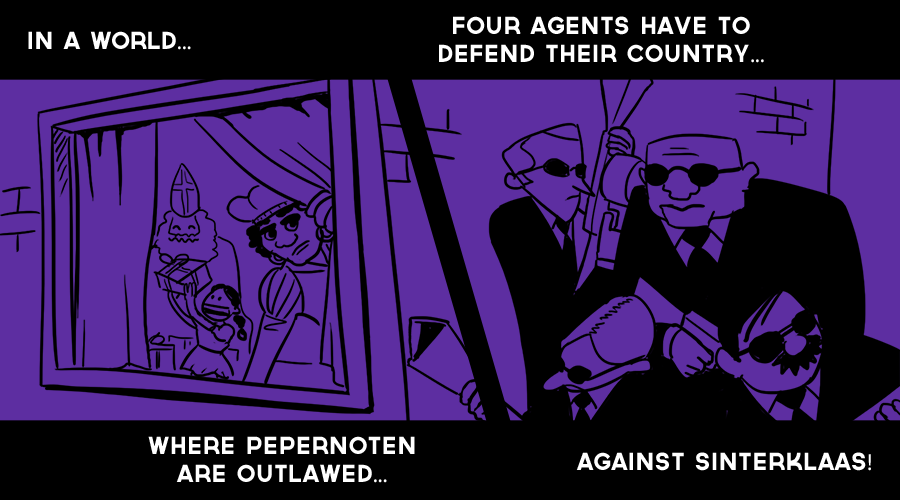 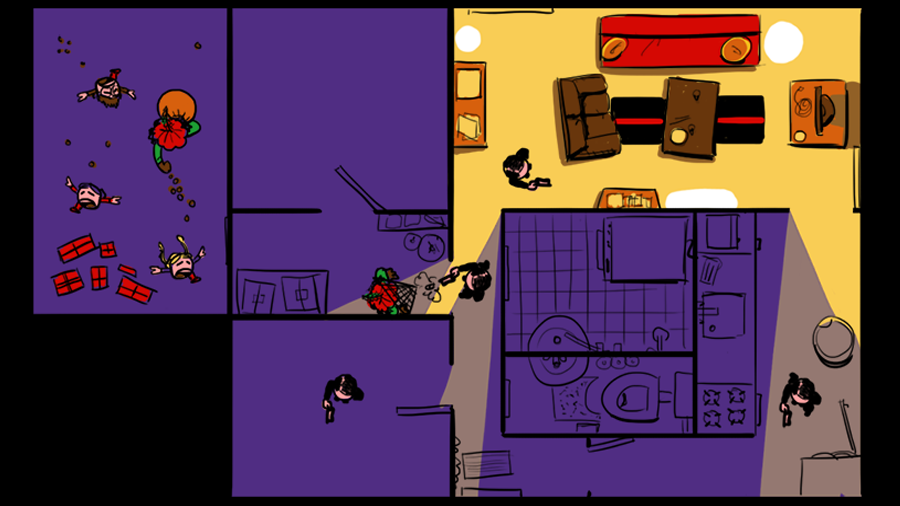 * the actual game doesn’t look as good as this yet.